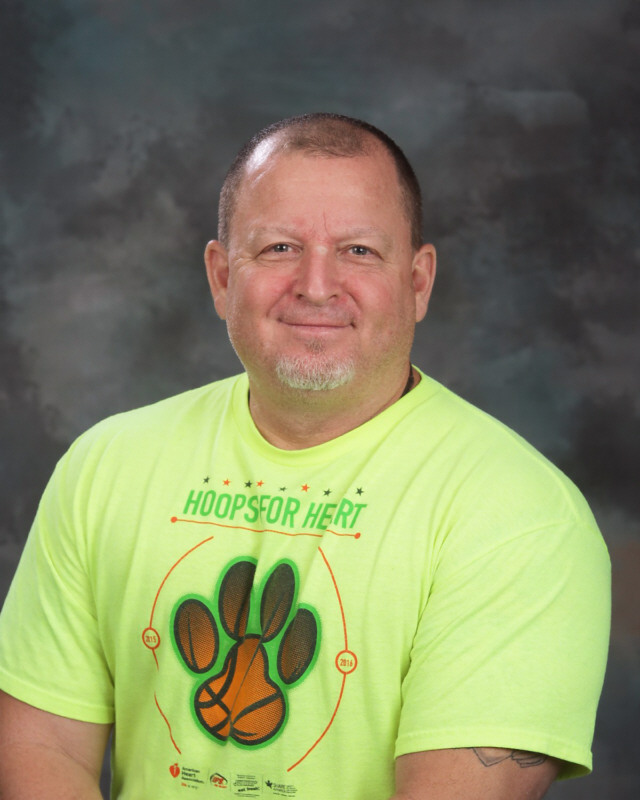 Coach Barrett was raised in the Boston area and attended Saint Leo University where he played baseball for 4 years. In his senior year he decided that education was his goal and finished his degree at Bridgewater State College in MA in 1990. Coach Barrett relocated to Sarasota, Florida a few years after graduation to accept a job at PE teacher there. He worked there for a few years then decided to try real estate full time. During this time he met his wife Sandy and were married in 1997. Two years later their son Ryan was born. Coach Barrett continued real estate for a few more years then decided he missed teaching which brought him to GA. He interview in both Douglas and Carroll Counties and felt most comfortable when he visited Sharp Creek Elementary. After 2 years there, he was notified about and opening here at Whitesburg and immediately transferred. Coach Barrett is in his 12th year at WES. Through the years at WES Coach Barrett has established a running club, and after school sports program, and a PE program which has been awarded by Play60 and the Atlanta Falcons as an Impact School for Physical Education. Each year Coach Barrett recieves recognition for its running club through the New York Road Runners and Play60 for WES being a Touch Down school for participation.